The first time held AIPS Europe SportMedia Summit 2017, between March 26-29, was a great success which was at Budapest, ordered by the HSJA (Hungarian Sports Journalists’ Association) and AIPS Europe (International Sports Press Association Europe) and organized by DUNA Events!

After the Sunday arriving, in the evening a spectacular program waited for the participants, as the International Judo Federation (IJF) welcomed European sports journalists at a diving dinner on a Danube boat trip.

On Monday, after the parliamentary visit, the participants could watch presentations about the Judo World Championship Budapest 2017, about the FINA World Championship Budapest 2017, but media rights, match fixing and the social media works of the Bundesliga team, Mainz 05 were also themes of the day. At the rest of the day the guests travelled to Telki, to meet Márton Dinnyés (Head of MLSZ Communication Depart, Member of UEFA Media Committee) at the MLSZ Training Centre and Globall Sports Hotel). The closing program of the day was to watch the Pancho Arena at Felcsút, where the participants were guests of the Puskas Academy for a great dinner.

On Tuesday, the delegation could attend the press conference of the International Teqball Federation (FITEQ) at Teqball’s headquarters in Budapest, which was followed by lectures on other important topics. Participants could hear the presentation of Dr. Zsuzsa Csisztu on the situation of women’s sports journalism, and presentations about Youth Olympics (EYOF 2017) in Győr, the media facilities, and also the Fair Play movement. These were followed by György Szöllősi (MSUSZ President) and Charles Camenzuli (AIPS Europe General Secretary), and then Ioannis Daras (President of AIPS Europe) closed the line of presentations.

As the closing of the conference, FINA Budapest 2017 hosted the sports journalists for an elegant and breathtaking Gala Dinner at the newly-handed Duna Arena, where the Cimbaliband band and Dóra Danics provided a pleasant atmosphere. Former and current Olympic, World and European Champion athletes, senior sports leaders and media personalities attended the gala dinner. Guests could meet with Katinka Hosszú and Shane Tusup, Dr. Tünde Szabó the State Secretary of State for Sport and Youth and Pál Schmitt, the Former Olympic champion and President of the Republic. 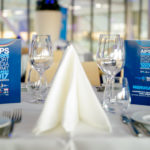 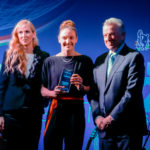 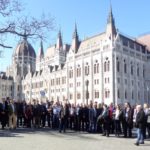 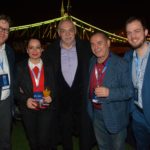 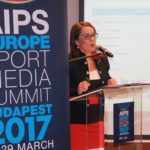 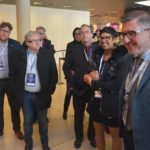