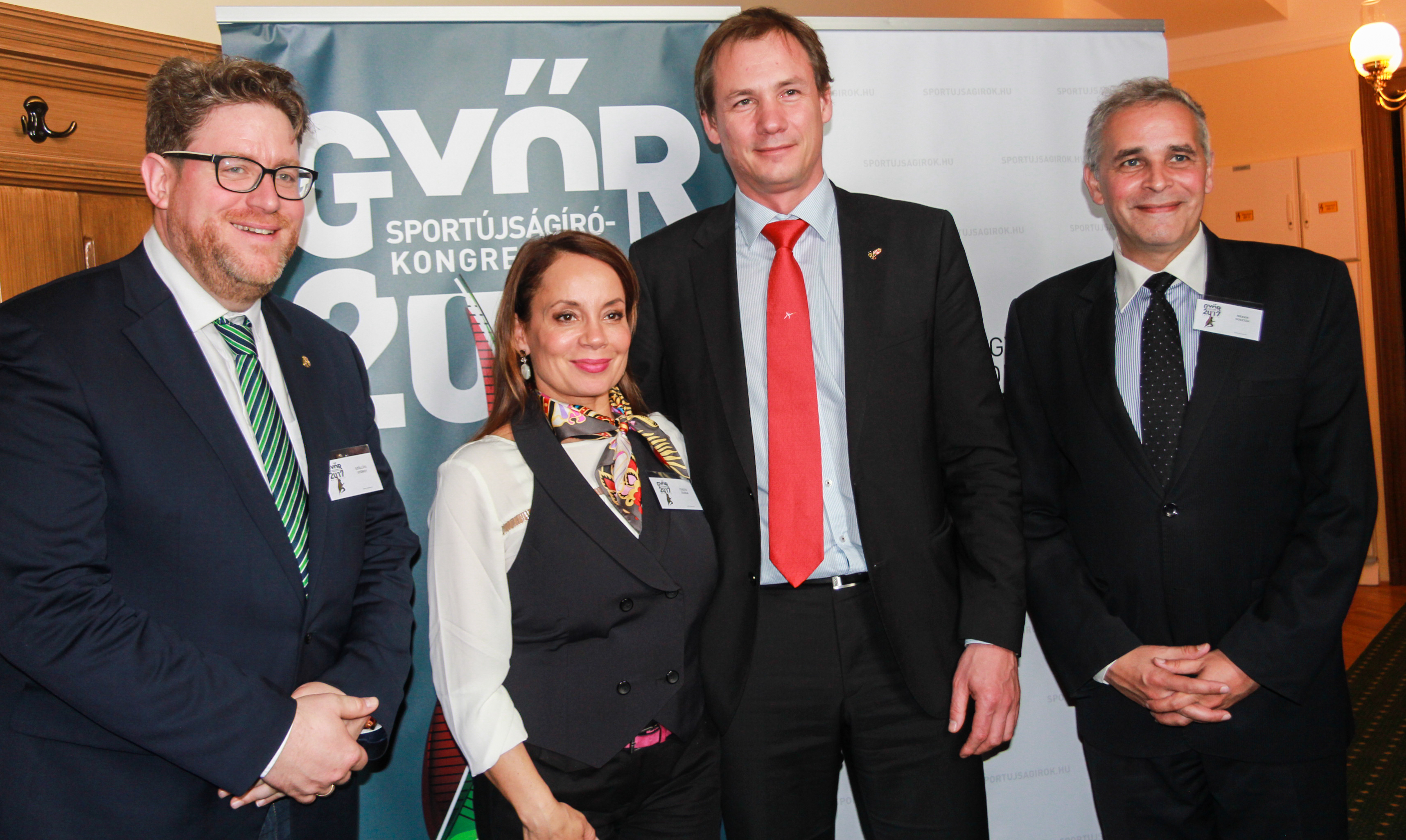 The latest station of the more yearlong contribution between DUNA and the Sports Journalists was the two-day HSJA congress in Győr.

The venue of the congress and the repeated assembly was the hall of the City Hall of Győr, where the participants the border from here and beyond could hear high-quality and professional presentations. The newly elected president of MOB, Krisztián Kulcsár honoured the event with his presence but the president of the Paralympics Committee and the creative producer of the DUNA organized Sportsman of the Year Gala, László Szabó also lectured.

László Szabó was honoured as the “Best Creative Producer of the Year” by György Szöllősi the President of HSJA and Chief Organizer of the Gala and Lóránt Imre Lakatos the Managing Director of DUNA.

The Monday program continued with the tour of venues of EYOF 2017, and watching the Alcufer Stadium, the home of Gyirmót FC Győr. The endig scene of the day was a traditional Hungarian dinner as the quests of the Gyirmót club.

The official program ended with wreathing the plaque of József Verebes, the “magican”.  The members of the Presidency visited the fresh Champions League winner Győri Audi ETO’s home, than the “Győriek az olimpiákon” exhibition. Finally the press colleagues visited the editorial office of Kisalföld daily newspaper. 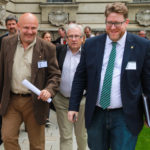 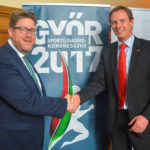 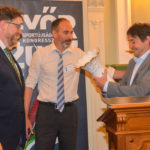 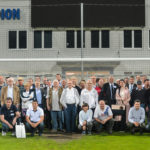