The M4 Sport – Sportsman of the Year Gala was a great success!

M4 SPORT – Sportsman of the Year Gala in the National Theater was a great success, which was organized by the DUNA Incentives, Training & Events, accredited by of the Hungarian Sports Journalists’ Association.

More than 650 guests have seen on the spot the awards ceremony of the M4 Sport – Sportsman of the Year Gala 2016 at the National Theater.

The Hungarian Sports Journalists Association selected the best of the past year for the 59th time. The final sequence formed after the sports journalists’ votes – record: 370 members voted. The show was broadcast live by M4 Sport, the two hosts were Judit Berkesi and István Kovács Kokó.

There were great performances at the luxurious Gala, performed by Supergirls featuring Mystery Gang, Cimbaliband and Dora Danics, Adrienn Bánhegyi and Kata Bánhegyi, Dancers and Stars of the Operetta Theater, Peller Mariann and Attila Dolhai, accompanied by Denyes Dániel Chamber Orchestra and Kowalsky and Vega. At the beginning of the Gala, the Hymn was signed by Andrea Rost, accompanied by MH Vital Sándor Szurmay Budapest Battalion.

The Sportsman of the Year award winners in 2016:

You can see more pictures from the Gala on the official Facebook page of the event and on the HJSA web site! 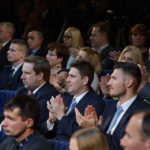 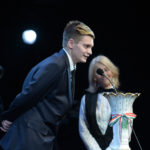 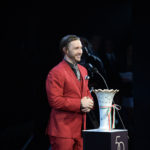 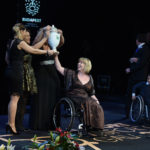 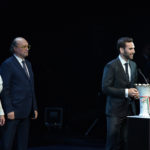 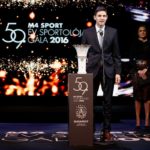