Be a smuggler for one day, discover the ancient smuggler route between ‘East and West’ and experience the tension of the Börzsöny Mountains – North of Budapest. Stay however out of hands of local authorities!

Countries in the West could keep already from 1945 their peaceful autonomy. Unfortunately countries in the ‘East’ weren’t always that lucky during the ‘cold war’ and got involved in conflicts.

Brave Dutch photographers documented a number of these ‘seats of fire’ and their pictures played a prominent role in the image-forming in the ‘free’ countries.

No one remembers anymore but in 1956 a department of the BVD (the Dutch CIA) maintained an as genuine as secret smuggler web between Hungary and The Netherlands.

Pictures and film materials were smuggled in a very inventive way from Hungary through the beautiful Börzsöny Mountains to the West. These activities were however a risky enterprise!

This is all history of course. Nevertheless the BVD preserved a part of the old smuggler’s route in the North of Hungary. Giving you the opportunity to meet with the past again!

However, be careful! Local authorities are looking for the smuggler group. The group will be supported by the partisan during the tour… Will you, as group succeed to bring the smuggler goods to point zero…? At the end of adventure we finally get to know what we smuggled: bottles of high quality Hungarian wines!

They will be introduced by an expert during a special wine tasting program. A delicious BBQ dinner follows in the garden of the Királyrét Castle Hotel! The open fires and live music will propel further our good mood.

Do not forget to offer a glass of wine to the Partisan who helped you so well during the smuggler challenge! 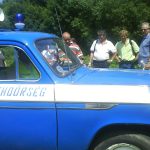 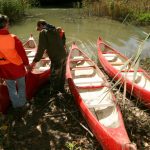 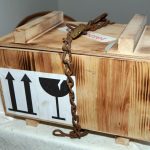